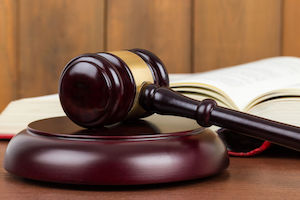 If you or a loved one are thinking about the need for an appeal in a criminal trial, it may be that you already know that things are not going well in the criminal proceeding. Criminal appeals are a right, but a right that you may have to claim quickly after a conviction. Here are some things you might want to know about criminal appeals and how they are handled in Stillwater, Oklahoma.

Criminal appeals can be filed in either the appropriate state court or the appeal is made to federal court. There are separate rules and procedures for each court system. And there may be reasons why you might file in one court over another.

Drafting appeals and an appellate plan is complex and requires intricate knowledge of the appellate process. It is always better to have an experienced Stillwater OK attorney handle an appeal rather than handling it yourself.

Direct appeals are the most common type of criminal appeal filed. Appeals to the Court of Appeals focus on errors of procedure in the district court. Were there mistakes made and did those mistakes result in an unfair conviction or sentence?

Once mistakes are identified, the mistakes must be evaluated to determine if they are serious enough to warrant a new trial. If the mistake is “harmless,” it is not sufficient grounds for appeal. This takes a great deal of legal research and the careful crafting of a defendant’s appellate brief.

These appeals must be prepared and filed quickly after a conviction. Within 10 days of the formal sentencing, a Notice of Intent to Appeal, Designation of the Record, and Advisory Propositions of Error must be filed with the trial court.

The error is the ground or grounds, if there are multiple errors, upon which the appeal is based. These errors come in various basic types.

Misconduct: Problems with misconduct usually occur either in the jury or in the prosecutor’s handling of the case. Jury misconduct can take the form of accepting a bribe to vote in a certain way or taking intoxicating substances while acting as a juror. It can also take the form of discussing the case with an outsider when the jury is admonished not to do so.

Prosecutorial misconduct often happens when a prosecutor goes to extraordinary — and illegal  lengths to win a case. This can take the form of withholding evidence from the defense that it should turn over, falsifying the evidence, or relying on evidence that the prosecutor knows is false.

Ineffective Assistance of Counsel: These are mistakes that the trial defense counsel makes during the course of the criminal trial. This is one reason you want to hire a separate attorney to handle the appeals process. Trial counsel mistakes can include an attorney’s failure to make proper objections or the attorney’s failure to properly investigate the case or include witnesses or evidence that might have exonerated the defendant.

New Evidence: When new evidence is found, such as DNA evidence, that new evidence can sometimes give rise to a new trial.

In Oklahoma, there is another type of appeals process in the state court. If a direct appeal is denied, you still have options for post-conviction relief. This step is critical in continuing the appeals process. You must exhaust all state remedies before filing Habeas Corpus at the federal level.

This appeal is filed with the Oklahoma District Court. You can bring this type of appeal when:

There are other types of relief that may be available to you post-conviction. All matters and routes of relief on appeal should be discussed with your Stillwater criminal appeals attorney as part of a comprehensive appeals plan. Get the help you need to fight your conviction today.

A Stillwater criminal appeals attorney who can assess your legal matters is just a phone call away. Your first phone consultation is always free at Wirth Law Office in Stillwater: 405-673-1600.

To reach someone by written correspondence, please submit an inquiry through the “Ask an Attorney” feature above.

Whatever your legal needs, an assistant can direct you to a Stillwater OK attorney or to Oklahoma attorneys in another location. Try Wirth Law Office first to save time and be connected with the best Stillwater lawyers to handle your matter.